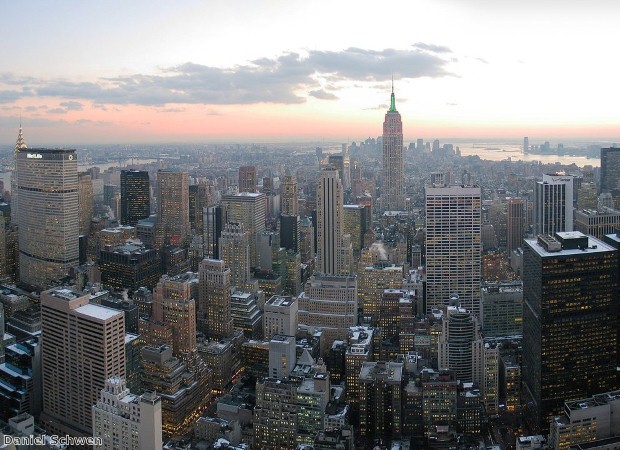 Soak up fantastic art and culture in NYC

New York is a great destination to visit for many reasons – from its rich music scene to its world-famous landmarks like Central Park and the Statue of Liberty – though one aspect that really makes the city stand out is the wealth of great museums and galleries. Fantastic culture can be taken in all across the Big Apple, but here's a look at a few of the places you may particularly want to visit.

The Museum of Modern Art (MoMA) is one place that definitely ought to be on the itinerary for all those visiting New York. As you may have guessed from its name, this museum is dedicated to contemporary culture and, upon arriving in the city on a cheap airport transfer service, you will get to take in works produced by some of the greatest artists of the 19th and 20th centuries. These include, among others, Tracey Emin, Richard Estes and Andy Warhol.

Vincent van Gogh's iconic The Starry Night painting, meanwhile, is just one of the many highlights of MoMA's permanent collection, although the museum also puts on a range of temporary exhibits throughout the year. Among the displays set to be launched in the coming months is a retrospective of the work of German artist Isa Genzken, in which some 200 pieces – including collages, photographs and sculptures – will go on show.

If you would prefer to get an insight into ancient art, you might want to visit the Metropolitan Museum of Art (though many locals refer to it as simply The Met). Situated in Manhattan, along a stretch of Fifth Avenue commonly referred to as Museum Mile, this is perhaps one of the most famous museums in the entire country.

Set in a stunning neoclassical building that spans 2 million sq ft, this institution contains the biggest collection of ancient Egyptian artefacts outside of Cairo and you can see items belonging to pharaohs that date back to 18th century BC and beyond. The Met also houses extensive sets of Greek art, musical instruments, photographs and European sculptures, while its substantial array of armour and weaponry includes pieces from Japan, Indonesia and China.

As the museum's vast permanent collection consists of more than two million objects, there is not enough room for everything to be displayed at once. Even though you can be sure that tens of thousands of items will be available to view, if there's something in particular you would like to see, you ought to check the Met's website in advance to avoid disappointment.

The Bronx Museum of the Arts

Although many of New York's most famous museums are situated in Manhattan, you can take in some great culture in the city's four other boroughs. Head to the Bronx Museum of the Arts, which – as you may have guessed – is in The Bronx, and you will get to soak up fantastic 20th century art.

Among the exhibitions currently on display are a collection of images by US photographer Joan Semmel and the multimedia Bronx Lab installation that examines the rise of graffiti in the city in the 1970s.

In addition to hosting great art exhibits, the museum puts on a range of film screenings, concerts and other events that generally take place on the first Friday of every month.

A guide to Turkey's family-friendly destinations