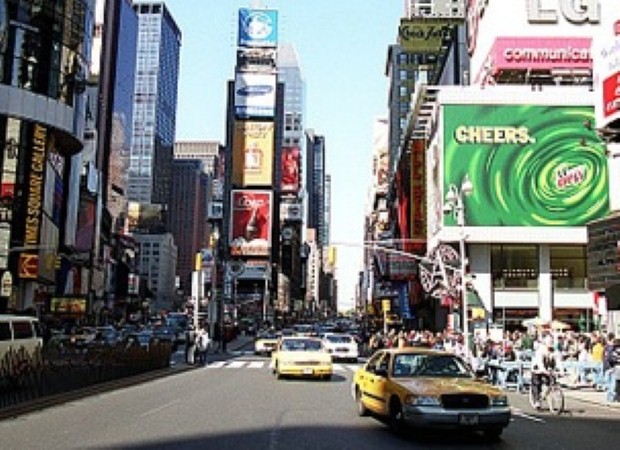 For the chance to experience two very different sides to the USA, try booking a holiday to New York and Las Vegas. The cities both have unique cultures that need to be experienced to be fully understood, together with a host of famous landmarks to explore. A week-long trip will allow you to see the best of the two destinations, as long as you plan your itinerary well.

Begin your double USA city break in the Big Apple and after checking into one of the many high-quality hotels, try an unusual form of sightseeing – one that may take you to a few familiar-looking locations. The Superhero Tour of New York is a fun way to see some of this vast city's attractions while firing up your imagination. You will go to the Fantastic Four's Baxter Building, the Green Goblin's Manhattan mansion and the United Nations headquarters where Batman had an onscreen battle with The Joker and The Penguin. Then round off your first day by experiencing some of the city's famous bars and clubs.

New York is packed with sights and you can spend day two seeing the most famous of them. The cheapest way to do that is to purchase a CityPass that will give you 49 per cent off the cost of admission at six top attractions. Among the places you can use the vouchers are the Statue of Liberty and Ellis Island, the Empire State Building and the Metropolitan Museum of Art – giving you a superb mix of history, iconic architecture and culture. End your busy day by relaxing at one of the Big Apple's restaurants – choose from the regional cuisine on offer in Little Italy and Chinatown or try a traditional American steakhouse.

One thing that all New York holidays should feature is a day of shopping. The city is famed for its upmarket shops and you can find all kinds of designer goods at department stores like Bloomingdale's and Macy's. It is also well worth checking out independents, as goods are often much cheaper there than back in the UK. After giving your credit cards a workout, spend the evening doing that other Big Apple staple – going to a Broadway show. There are a wide range of plays and musicals available, but if you wish to see one of the high-profile productions, such as Wicked, The Lion King or Rock of Ages, it is a good idea to book seats in advance.

Finish off the New York stage of your getaway by spending a day exploring Central Park. One of the most famous urban parks in the world, the 843-acre site is a green oasis in the heart of Manhattan. Spend your time here taking peaceful strolls through the woods and alongside the lakes, as well as seeing the many sculptures and monuments that are dotted around the landscape.

Arriving in Las Vegas will see you begin a very different type of holiday to America. This Nevada city is as brash and over-the-top a destination as you could imagine – and that's what makes it so much fun. Spend your first day here exploring the attractions of The Strip – which include the world's largest big top, a manmade volcano and a replica of the Giant Sphinx of Giza – before enjoying an evening at one of the upmarket casinos.

The lavish casino complexes and luxurious hotels of Sin City could hardly be further removed from nature, but you could choose to spend day six of your getaway in the great outdoors. Book a helicopter trip to the Grand Canyon and you will be treated to the unforgettable experience of flying over one of the world's most spectacular natural attractions. If you are feeling really adventurous, you could also take a rafting trip down the River Colorado, allowing you to see the rugged scenery close up.

Use the last day of your holiday to take in some of the big-budget visitor attractions in the city. The Las Vegas Mob Experience is an interactive exhibition about the city's links with the Mafia, while the Atomic Testing Museum is a fascinating look at a forgotten piece of Nevada's history, complete with a simulated underground nuclear test. Round off your break by taking in one of the extravagant shows Vegas is famed for – Cirque du Soleil has a number of productions running, including the innovative Criss Angel Believe.