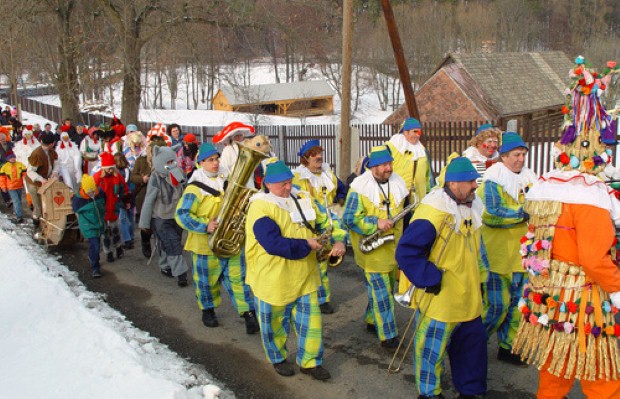 There will be no shortage of things for travellers to see and do in the Czech Republic this winter, according to the national tourist board, with the carnival, or 'masopust', tradition set to bring a range of events and celebrations to the country over the coming months.

Visitors can look out for popular annual festivals such as Carnevale Praha in Prague, which will begin on February 10th this year and continue until February 21st.

The Old Town Square will be at the heart of the festivities, with costume and dance performances taking place every day.

There will also be baroque operas, masquerade balls, historical dance displays and other events at various venues in the city, including theatres, palaces, museums and galleries.

Food lovers can visit restaurants that will be serving special menus during the festival.

Czech cuisine will also be the focus of the fourth annual Masopust of Hustopece in south Moravia on 18 February, with hearty rural dishes such as boiled pork, black pudding and head cheese all being served up during the event.

A costume parade will be among the spectacles providing entertainment for visitors, who can also do their bit for charity by making voluntary contributions for soup, buying a glass of wine or participating in auctions.

Other carnival events and celebrations will be taking place at locations such as the Wallachian Open Air Museum in Roznov pod Radhostem in Moravia and the small city of Cesky Krumlov this year.

Some of the Czech Republic's top culinary offerings will be available to visitors at discount prices at a special event returning to the country early next year.

Visitors to Prague this winter will be able to warm up to a stylish seasonal offer from three Worldhotels properties, the 'Winter in Style' package.

Prague is a great destination for a city break at any time of year – but this January sees the city gain a further cultural edge with a Winter Music Festival.

Czech Republic: king of the castles

Czech Republic: king of the castles

Take the kids under the sea in Grenada