The EU Regulation 261/2004 states that flyers can file for compensation if their schedule was affected negatively by long flight delays (minimum 3 hours).  However, many travellers do not know how to kick off the claims process. This is especially true in cases where the defaulting airline is a presumed big name.

Airclaims.co.uk are Independent Flight Claims Specialists committed to ensuring that air travellers are duly compensated for time wasted as a result delayed flights.

Using the services provided by the company, travellers can claim compensation if they have ever been a victim of flight delays at any point within the last 6 years.

The company is backed by other major players in the aviation and they have a comprehensive database of flight statistics. In combination, this translates to a claims service that has what it takes to guarantee hassle free settlement majority of the time.

The company prides itself in the passion it has for ensuring that all clients receive payout in the least possible amount of time.

Customers rely on airclaims.co.uk to get results when airlines are adamant against claims or when such claims have been ruled invalid by the affected company even when it is truly valid.

Due to the wealth of resources at their disposal, they have bridged the gap between travellers and the big name airlines.

With a success rate of 97%, more flyers can now hold airlines accountable anything they are responsible for a severe alteration in schedule.

67% more likely to fly with Ryanair after changes 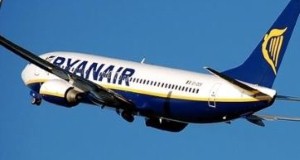 Following the introduction of a number of policy changes, more than two thirds (67 per cent) of travellers say they are now more likely to fly with Ryanair, according to a survey conducted by global travel search site Skyscanner .

As Brazil gears up to welcome 600,000 visitors to the 2014 FIFA World Cup next year, new figures released today by Embratur, the Brazilian Tourist Board, revealed international air connectivity to the country has increased 5.42 per cent year-on-year.

Monarch has announced an expansion of its route network for summer 2014, opening up a number of new destinations that the carrier will operate for the first time, as well as some existing destinations to be served from more airports.

Monarch Airlines has added new flights to Fuerteventura and Gran Canaria to its 2010 summer programme, bringing the number of routes operated by the company to 49.

Flights to Australia for £10

Cheap flights are readily available nowadays, but the reintroduction of the “£10 Pom” ticket to Australia is to stay for only a short while.

Jetsetters who have set aside a few months or a year to pack up everything and head abroad could find world flights that stop in a number of locations will allow them to have a broader travelling experience.

If you are planning a long-haul journey or simply want to have a bit more space during a flight, you should look into taking business class flights – and you may find that there are more benefits than you first imagined.

Passengers could suffer up to 3 weeks of chaos and disruption as BA’s cabin staffs planned strike begins.

Passengers could suffer up to 3 weeks of chaos and disruption as BA’s cabin crews planned strike begins.