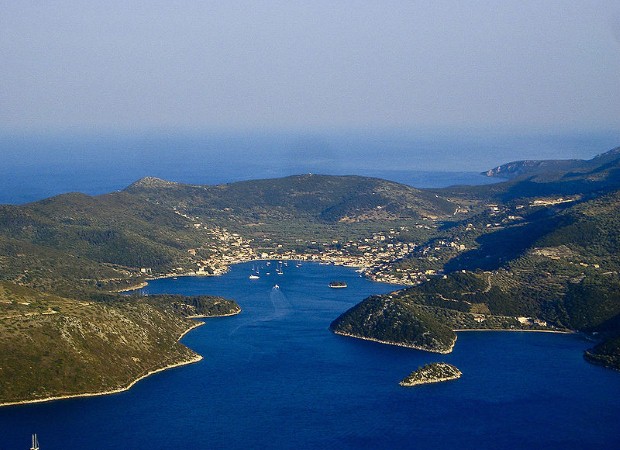 The Ionian islands are great for sailing

If you’re looking for the ideal destination for a varied and exciting sailing break without having to travel too far, you can’t beat Greece. With more than 6,000 islands and islets dotted around its coastline, you’ll never be short of places to explore.

What’s particularly great about Greece as a sailing destination is that there are many isles within easy reach of one another, so you can easily island-hop during your yachting holiday. The following are a few suggestions of where you can go if you need some inspiration for your sailing break in Greece.

There are several bases from where you can easily sail to the Ionian Islands – with Lavrion and Vounaki among the options. This archipelago is home to some of Greece’s best-known isles, such as Corfu, Kefalonia and Ithaca. Each has its own charms and attractions to discover, making this a wonderful spot for a sailing trip.

Ithaca, for instance, is not only beautiful, but also has strong ties to Greek mythology, having been the home of Odysseus, who featured in Homer’s renowned poem – the Odyssey. Ithaca is the place to come to get a taste of traditional island life, with this being one of the least developed locations in the Ionian group.

By contrast, Corfu is a vibrant and exciting island to discover, with plenty of history of its own to share. One of the best places to begin is in the Old Town, a UNESCO World Heritage Site, where you can see stunning architecture and really feel as though you’re stepping back in time.

Another real must in the Ionian archipelago is the smaller isle of Meganisi, which is absolutely perfect for yachters thanks to the number of sheltered coves dotted along its coastline. These secluded anchorages are the ideal places to spend a day soaking up the Greek sunshine on a quiet beach.

The Cyclades is one of the largest archipelagos in Greece, with 56 islands included as part of the group. Mykonos, Santorini, Paros and Tinos are among the main isles within the Cyclades – there are, of course, many more.

You could easily spend an entire yachting break just exploring what this archipelago has to offer, with Santorini a particularly popular spot for couples thanks to its romantic scenery and breathtaking sunsets.

If you want to go ashore, head for Kea, one of the most picturesque isles in the Cyclades. This spot was renowned in Greek mythology as being home to water nymphs, with the vast number of springs and streams on the isle helping to make it one of the most beautiful. Its most visited site is the Lion of Kea, a 23-foot-long statue of a lion that references a story from Greek mythology – moor up and disembark on Kea to learn more.

This small island chain is situated in the Saronic Gulf and close to mainland Greece. Sailing here is the perfect choice if you also want to be able to explore the culture and history of Athens, with the Greek capital within reach of this archipelago.

Within the island group itself, don’t miss Hydra, where the world has stood still and things are as they have been for centuries. Donkeys are the main form of transport here – even bicycles are not permitted on its roads, so you can really escape from the hubbub of modern life when you drop anchor here.

The authentic Greek food on offer, as well as its stunning beaches, are other attractions that appeal to sailors exploring this part of Greece’s varied coastline.

What makes Vietnam a great place to volunteer in?

Where to find the best views of the famous Manhattan skyline