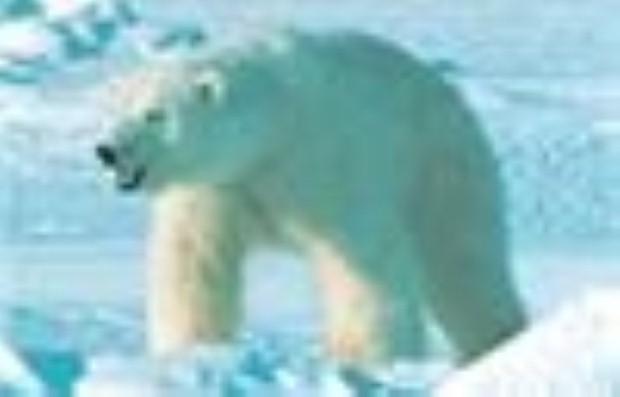 Polar Bear moving across the Arctic

A new series due to start on BBC One in February, Nature’s Great Events, documents Earth’s most breathtaking feats of nature.

Each of the six episodes, all narrated by David Attenborough, focuses on an awe-inspiring natural event in a different corner of the planet, from the great migration in Africa to the annual summer ice melt in the Arctic.

Here travelbite.co.uk – in partnership with the Association of Independent Tour Operators (AITO) takes a look at how holidaymakers can follow the filmmakers’ footsteps.

In the first episode of the series the program heads to the Arctic.

Each year in the Arctic summer the melting of approximately three million miles of sea ice transforms the area into one of the most flourishing places in the world.

Polar bears and their cubs struggle with their transformed habitat, yet it’s a welcome change for groups of Arctic whales, beluga whales and Arctic foxes in Canada’s Hudson Bay.

Explore offers tours to Hudson Bay in October and November at the end of the season, when polar bears gather waiting for the waters to freeze again.

For example, the seven-day Polar Bear Encounter combines history, culture and bear-watching, with prices from Â£3,285 per person. The deal includes flights from London, all transportation, five nights’ half board accommodation and the services of a tour guide.

Trips sell out several months in advance so book early to avoid disappointment.

For the second episode the team travels to the west coasts of Canada and Alaska to capture the annual return of Pacific salmon to the rivers where they were born. Over half a billion salmon make the gruelling 20,000 mile journey to spawn and die, but they face tough challenges from hungry bears and coastal wolves along the way.

Wilderness Journeys offers ten-day sea-kayaking trips in the remote and spectacular Katmai National Park – home to some of the earth’s largest concentrations of grizzly bears, which fish for Pacific salmon in the river estuaries during the summer months.

Departing July 8th, August 12th and other selected dates, prices start from Â£2,565 per person and include all accommodation, meals, internal transfers and guiding but not international flights.

Tanzania’s Serengeti Plain sees over one million wildebeest and 250,000 zebra and gazelle migrate each year. For the third episode the BBC follows the herds on their relentless journey to lusher pastures, and the fate of the predators left behind, including a pride of lions struggling to feed their cubs.

Expert Africa, offers a nine-day safari in August, which follows the herds as they head north through the northern Serengeti to the Mara River, and to areas such as Loliondo, just outside the National Park.

The sardine run is the largest marine spectacle on Earth, and this year is the focus of the fourth episode. In winter, the waters cool along South Africa’s east coast, luring millions of sardines northwards.

Regaldive offers a ten-day Sardine Run expedition in South Africa which gives divers the chance to witness the event up close – departing on various dates in June.

Prices start from Â£2,999 per person, including flights from London, transfers, nine nights’ full-board accommodation, all activities and the services of an expedition leader.

In the dry season, the annual flooding of Botswana’s Okavango Delta turns 4,000 square miles of arid land into fresh-water lagoons and channels. Herds of Kalahari Desert elephants and buffalo are drawn to the newly verdant area – but they risk confrontations with famished lion prides. The phenomenon is explored in episode five of the series.

Kirker Holidays offers tailor-made itineraries to Botswana. For an unforgettable safari experience in the Okavango Delta, a five-night stay at the Xugana Island Lodge costs from Â£3,685 per person.

The price is based on two sharing and includes return flights from London Heathrow to Maun via Johannesburg, light aircraft transfers, five nights’ full board and twice-daily game drives.

Finally, episode six. The summer sun signals an enormous explosion of plant life in the north-east Pacific (the coastal waters of Alaska and British Columbia). Vast numbers of herring, sea lions and humpback whales are among the species that come to feed on the plankton, though this is not before they have overcome a fair few obstacles, from predators to rough seas.

Frontier Canada offers a seven-day Islands at the Edge voyage around the remote islands off northwestern Canada, home to wolf packs and bears, and rich in marine and bird life.

June departures are available from a price of Â£2,305 per person, including six nights’ full-board accommodation and activities but not international flights.

Times are a changing in the United States today as president George Bush leaves the Oval Office for the final time – to be replaced by Democratic president-elect Barack Obama.

Seasonal trekking guide: When to trek where

Want to go on a trekking adventure but unsure of where and when to go? With the help of World Expeditions, we’ve compiled a handy seasonal trekking guide, from spring-time hikes in Nepal to enjoying the long summer days in Alaska.

Experience the magic of Zambia on safari