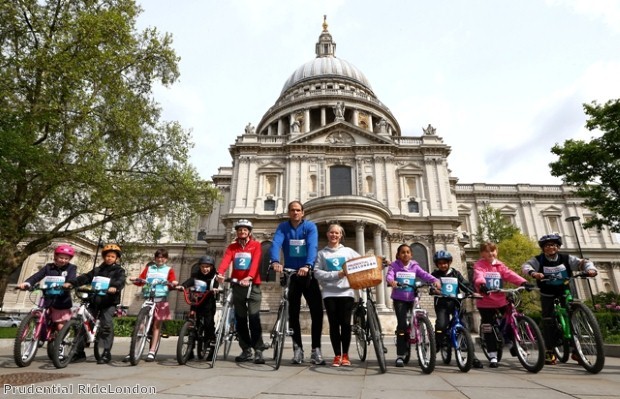 Mayor Boris Johnson described London’s first weekend of cycling as “one of the greatest cycling events in the world” as the Prudential RideLondon festival came to a successful close Sunday evening.

Johnson completed the Prudential RideLondon-Surrey 100 sportive event this afternoon in just over eight hours, one of nearly 16,000 finishers.

“This is a great day for cycling, and for this city,” he said. “I want to thank the organisers and the wonderful crowd who made all the difference as we cycled by, helping to spur me on to finish the gruelling 100 miles in a respectable eight hours.

“Huge congratulations to everyone who took part – Prudential RideLondon is now firmly on the map as one of the greatest cycling events in the world.”

Frenchman Arnaud Demare brought the weekend to a dramatic and emotional conclusion in front of huge crowds on The Mall this evening, winning the Prudential RideLondon-Surrey Classic men’s road race with a brilliant sprint finish in memory of his recently deceased coach.

“We had a fantastic sportive and race today to finish an historic weekend festival of cycling,” said Event Director Hugh Brasher. “The first Prudential RideLondon has been a great success with cycling taking over the streets of London and Surrey and a host of top-class elite races watched by enthusiastic crowds.

“It just shows the huge appetite there is in this country for cycling of all types and levels, from families and recreational riders, to commuters and professionals racers. The aim of the event was to inspire more people to take up cycling and we are confident that the thousands who turned out have helped to do that.”

“From Big Ben to Box Hill, this was an extraordinary spectacle,” he said. “It was wonderful to see cyclists both young and old conquering climbs and winding their way through Surrey’s beautiful countryside while being urged on by many thousands of people lining the road.

“Together the bike riders and spectators created a carnival atmosphere that ensured this celebration of cycling was a huge success.

“Now we’re looking forward to welcoming the event again next year to inspire even more people to get on their bikes and further cement Surrey’s reputation as a world-class place to ride.”

Cycling enthusiasts will attempt to break the Guinness World Record for the longest single parade of bicycles in Prudential RideLondon FreeCycle this summer.

2014 to be a great year for London events, Mayor says

This year is shaping up to be a bumper year for great events, says the Mayor of London Boris Johnson.

From hot dog eating competitions to classy American cocktails, here’s our pick of ways to celebrate Independence Day in London:

Highlights of the Inca Trail

Travel deal on an autumn escape in Grenada | Travelbite.co.uk